← Back to case studies

Our mobile strategy is moving at pace with more new developments planned into the New Year.

The Asda Price Guarantee app allows customers to enter their shopping receipt details and then receive a money-back voucher if they could have shopped for less elsewhere. 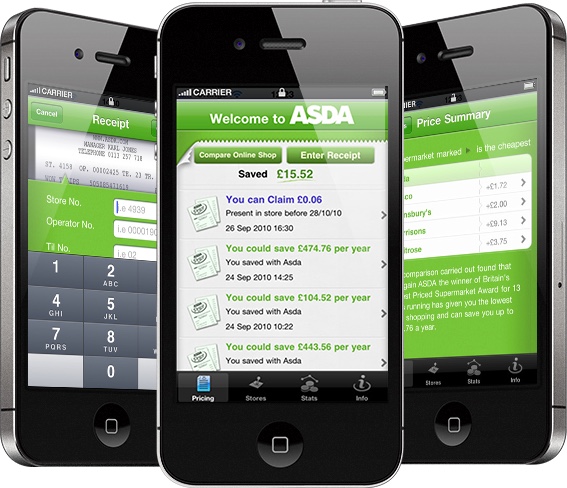 Between 2007 and 2008, iPhone sales had grown almost 400% from 3.7M to 13.7M. ASDA were keen to explore apps but were struggling to find a plan that could be implemented within 6 months. This was due to current IT work backlog and integration complexities.

Pocketworks worked with ASDA to explore different opportunities in order to find one that could be done within a short timeframe. ASDA price guarantee emerged as a winner as the integration could be done via web scraping from the phone, with little need for IT intervention.

As shoppers entered their receipt details, an on-screen animation highlighted where the details could be found on their receipt.

At the time, this kind of interaction was difficult to achieve using conventional web technologies.

In the early days, Apple encouraged app developers to use skeuomorphism in their design. This meant that designs mimicked real life objects. In the case of this app, the receipt was shown on a receipt roll and animated as the user entered data.

Behind the scenes, the app would fetch data from a 3rd party web site. This data outlined customer discounts based on their receipt number. 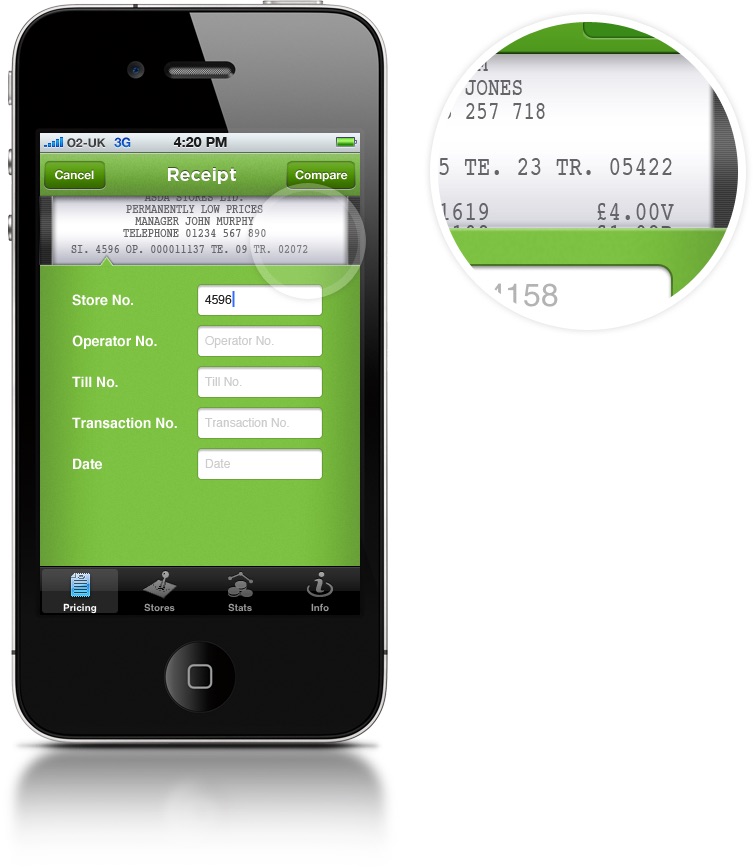 Asda's goal with this project was to learn about mobile.

They marketed the app on television and online and achieved over 1,000 downloads a day. The app was considered a success because customers remained engaged with the app well after downloading.

Need to lighten the load for your business and its customers?

We help businesses create apps and mobile systems to lighten the load for their employees and customers. Get in touch if you'd like some friendly advice about possiblities, or to discuss what we can do for your business.

← Back to case studies